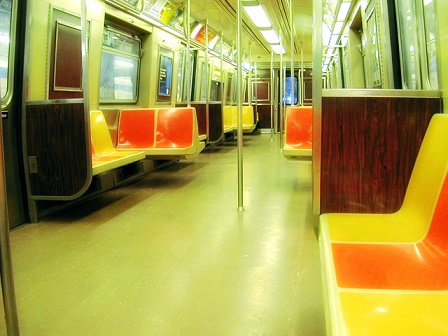 The New York subway is one of the oldest and largest undergrounds in the world. It opened in 1904 and has nowadays 26 subway lines, 468 subway stations and transport more than 7 million passengers on an average weekday.

Single Ride Ticket; fare is $2.75. The Reduced-Fare is $1.35. Subway tickets are sold at vending machines. If you ride the subway (or local bus) fewer than 13 rides per week than the best option is to buy Pay-Per-Ride. One dollar fee applies to each purchase of a new MetroCard. This fee does not apply to card refills or reduced fare tickets.

There is not a direct rail service from JFK Airport to New York City. Passengers can take first the airport train (AirTrain) which connects JFK Airport with Howard Beach Station and Jamaica Station. Jamaica is a neighborhood in the borough of Queens in New York City.
– Subway line A connect Howard Beach Station with Manhattan.
– Subway lines E, J and Z connect Sutphin Boulevard station in Jamaica with Manhattan.
– trains New York